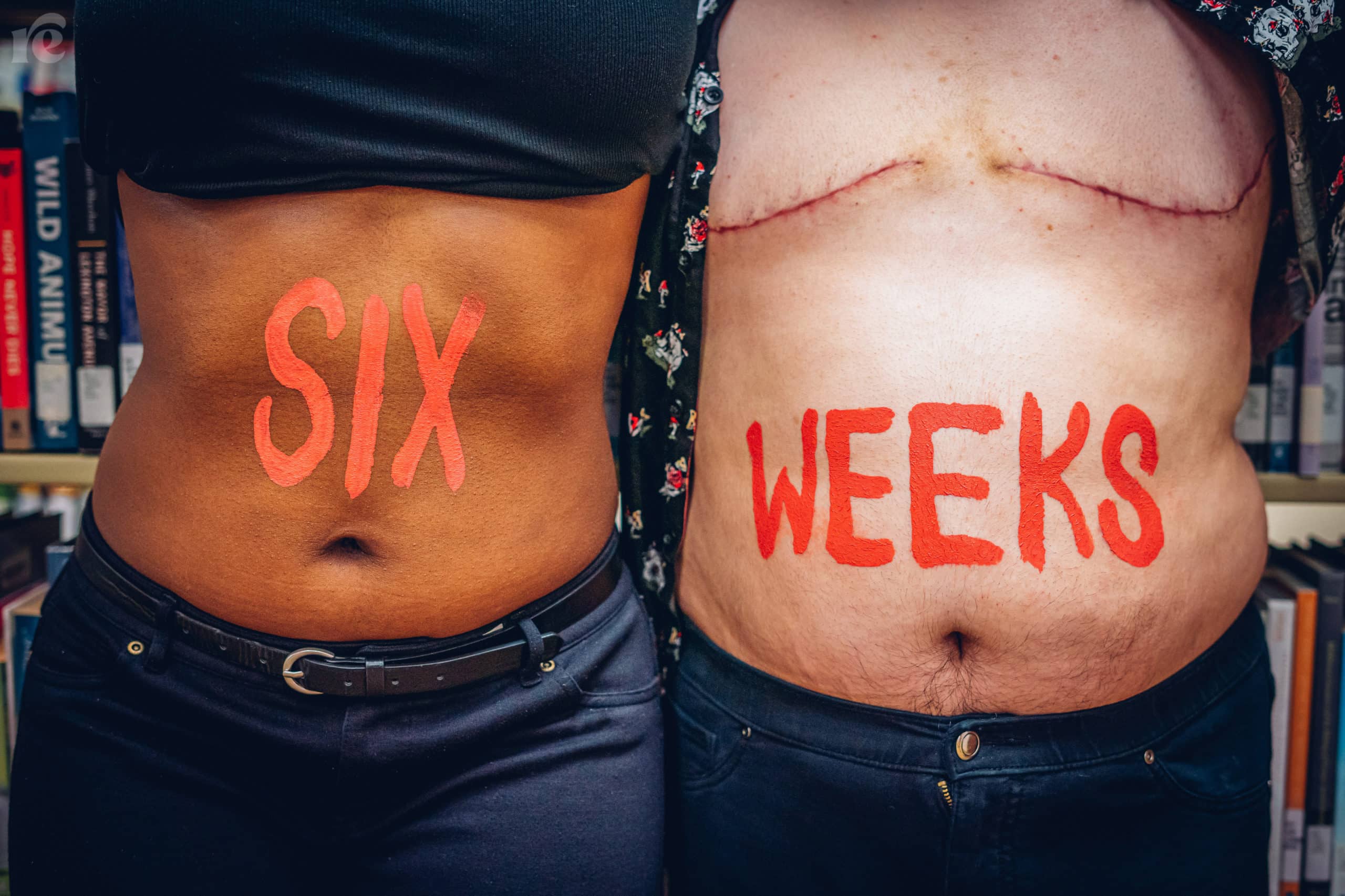 If I were pregnant today, the likelihood that I would seek an abortion is high.

I am 20 years old; a junior at the University of Georgia. I have been working tirelessly since I was 13 years old to ensure that my education is a solid base upon which I can build a successful career and a comfortable life for myself and for the children I hope to have one day further into adulthood. But I carry around so much anxiety in my day-to-day life that no matter how hard I work at school, my job, or in my relationships, I will still not be successful.

Georgia lawmakers are fighting to make sure that people like me will be contained to a life as an unwilling parent or bound to the guilt of putting a child into the misery that meets most children in the foster-care system.

Regardless of how pregnancy occurs, be it through a healthy sexual partnership with or without birth control, a one-night stand or in a situation of sexual violence or assault that far too many people are faced with each day, abortion should be a legal, accessible option.

In this post-Roe reality, the fate of abortion access is left to state legislatures. In Georgia, this means that fewer people have access to legal abortion.

As a person with the capacity for pregnancy living in Georgia, the weeks and months following after the Supreme Court’s June 24 decision overturning Roe v. Wade have been emotional. Fear, anger, betrayal, confusion, hurt, and resignation have been in the mix, but no singular emotion can contain how I have felt. These emotions are isolating, but I know I’m not alone.

This betrayal by our government and Georgia lawmakers began to sting when Politico in May leaked the draft opinion in Dobbs v. Jackson Women’s Health Organization indicating the Court would overturn Roe. This stinging has grown continuously since, peaking when the federal appeals court signed Georgia’s 2019 six-week abortion ban into immediate effect less than a month after Roe was overturned. Now, abortion in Georgia is banned at six weeks, a period of time so short that many people do not even know that they are pregnant.

Overturning Roe was not meant to impact people like me. I am a white, cisgender, upper-middle-class woman from a Virginian family who supports and defends my right to choose whether or not to seek abortion care if I become pregnant.

The Supreme Court decision was intended to and will disproportionately impact those who are from historically disenfranchised communities. Communities of color, LGBTQ communities, people who don’t have access to the funds, time off of work, childcare, transportation, and any other resources that are needed to receive abortion care are the ones who are being targeted by this deplorable legislation.

The emotional exhaustion that has pervaded daily post-Roe is minuscule compared to the collective impact this decision has had, is having, and will continue to have for the foreseeable future on all people who may seek reproductive or abortion care for any reason.

According to the Georgia Budget and Policy Institute, Black women are impacted by abortion bans at significantly higher rates than in other communities. Black women in Georgia are three times more likely to die from birth and pregnancy complications in a state with the second-highest maternal mortality rate in the country.

Any perceived financial benefit of a fetus gaining “personhood” will not offset the psychological and monetary costs of being forced to carry a pregnancy to term. One in five Black women of working age in Georgia lives in poverty, according to the Georgia Budget and Policy Institute. They cannot afford to have the children that they are now forced to carry to term.

Immediately after the June 24 decision, I realized the necessity for me to use this immense privilege to help my local community. In my work as a student journalist on staff at The Red & Black at the University of Georgia, I spent countless hours compiling resources, reaching out to local reproductive justice organizations, speaking to people at protests, and stepping away from my personal feelings about the decision to accurately report the response.

Many other Georgians felt a similar need to spring into action and at least try to do something to make their voices be heard. I spoke with hundreds of people, from 14-year-old Kylee Kasha, who held a sign reading, “I should not fear for my rights at 14 years old,” to lifelong activist Clark Kissinger, who had found that taking to the streets in protest was the only way to effect meaningful change.

Experts say Georgia six-week abortion ban will lead to increase in illegal, unsafe abortions, infant and maternal mortality, traumatized children flooding the overwhelmed foster care system, pregnant people looking to the inadequate mental health resources and people having choices about the future wrested from them by legislators who will likely never be impacted by their own decisions.

At this point, we are all faced with a decision. Either we will sit down and apathetically submit ourselves to the decisions of those in power who claim to have our best interests in mind, or we will protest, argue, vote, make a scene, and mobilize in unity until we know that legislators will do what is actually best for us.