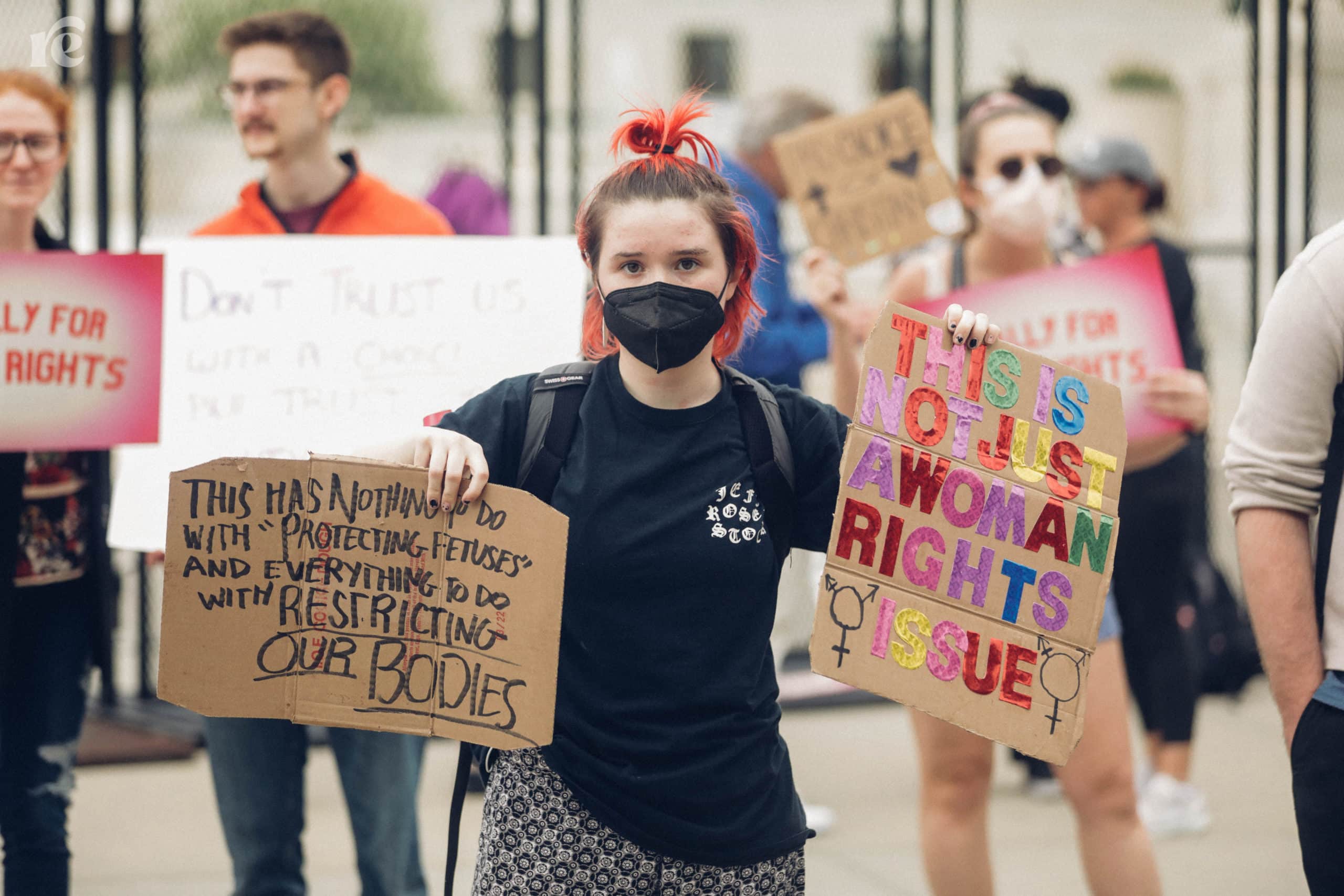 The United States was designated a backsliding democracy in late 2021, when it appeared on a prominent European think tank’s annual global ranking. Today, half of the world’s democratic governments are on the decline according to the Global State of Democracy, the International Institute for Democracy and Electoral Assistance (IDEA)’s report released in November.

Around the same time the United States made its debut on the list—still six months before the Supreme Court decision in Dobbs v. Jackson Women’s Health Organization, but with Texas SB 8 already in effect, rendering abortion care all but inaccessible in the nation’s second most populous state—advocates raised real-time questions about the correlation between regression on abortion rights and degraded democracies. A New York Times article asserted that such a descent is precisely when “curbs on women’s rights tend to accelerate.”

We think that’s a proposition worth flipping on its head. What if, instead, we looked at the United States’ persistent abysmal track record on gender equity as the potential smoking gun for its downward spiral? While the timing of the United States’ inaugural inclusion on the IDEA list made it easy to point to the grift of Trump and the rise of Trump-ism as the culprit, the hard truth is that our democracy has been flailing—by failing women, particularly women of color, by design—since the nation’s founding.

Let’s start with the century-long fight to enshrine equality in the U.S. Constitution. Eighty-five percent of United Nations member states currently have explicit constitutional provisions that prohibit discrimination on the basis of sex and/or gender. The United States is an outlier. Even as the federal Equal Rights Amendment navigates the path to ratification—and while some 30 states have ERAs or comparable language in their own constitutions and/or active mobilization efforts—women in this country have no guarantee of equality.

The tenets of reproductive health, rights, and justice—and those of a healthy democracy—are not only inextricably interconnected, but essential to our nation’s promise.

The United States also lags in meaningful political representation. Yes, we’re experiencing an uptick in women’s leadership on Capitol Hill, with an all-time high in the 118th Congress, where just over 28 percent (149 members) are women. In the House, women broke records in the 2022 midterms, with 124 now serving, 27 of whom are Black and 18 are Latinas. On the Supreme Court, women account for four out of nine justices, two of whom are women of color. Vice President Kamala Harris is the first woman (and person of color) to serve in the role.

At the state level, more than 30 percent of elected executives are women—including 12 serving as governor, also a record—along with nearly a third of all state legislators. Nevada is the first state to have a majority women legislature; Michigan has a trifecta of women at the helm in the roles of governor, attorney general, and secretary of state. 2022 also marked the first time in U.S. history where at least one LGBTQ candidate ran for office in every state; in California, 10 percent of the state legislature is LGBTQ; nine trans lawmakers now serve in state legislatures.

But these raw numbers are a far cry from robust or even remotely relative representation. There remain zero Black women in the U.S. Senate beyond Kamala Harris, who leads the body in her role as vice president; a Black woman has never served as a state governor. And the U.S. totals pale compared to women’s leadership and authority in much of the world and among modern democracies.

The United States performs dreadfully on myriad ingredients needed to ensure equitable participation in the body politic. While maternal mortality rates have decreased globally, they remain on the rise in the United States, which is ranked 46th in the world by the most recent count—a crisis that is exponentially acute for Black women, who are three times more likely to die during pregnancy and childbirth in the United States than white women. Globally, paid maternity leave averages 29 weeks; the United States is one of only six countries, and the only wealthy nation, without national paid leave. Across federal and state agencies, abusive institutional practices are all too common, from compulsory sterilization, to forced induction of labor and shackling during childbirth, to even the denial or withholding of menstrual products.

And then, of course, there is our current standing on abortion. For the past two decades, as much of the world has expanded access, the United States is one of just four countries—joining El Salvador, Nicaragua, and Poland—actively rolling back rights. Though most Americans support legal abortion, and even well before the Supreme Court wielded its sledgehammer in its majority ruling to overturn Roe v. Wade, we’d witnessed then-unconstitutional laws glide through state legislatures only to be met with staggering indifference in the courts.

Now that the protections afforded by Roe have been eviscerated, we exist in an ever more dangerous and cruel orbit—one where the threat of criminalization for pregnancy outcomes, including stillbirths and miscarriages, looms large; where a ten-year-old is transported across state lines to obtain an abortion amid a media maelstrom (while her status as a rape victim is called into question—as if a pregnant child could be anything but); where people experiencing ectopic and unviable pregnancies are left to bleed, suffer, and deteriorate before doctors can provide life-saving care.

As we approach the 50th anniversary of the Roe decision and continue to grapple with the new status quo, this much is clear: The tenets of reproductive health, rights, and justice—and those of a healthy democracy—are not only inextricably interconnected, but essential to our nation’s promise. The country’s status as a backsliding democracy says as much about the symptom as it does the disease. And our simultaneous failure to curb democratic dysfunctions like partisan gerrymandering and voter suppression inevitably go hand in hand with our failure to ensure women and girls have an equal chance to engage in and contribute to civic life—or to live freely at all.

Bringing us back to the original proposition. Are we merely witnessing the byproducts of a democracy on the decline, or are each of the examples above the drivers of our current status? According to a 2020 United Nations report, the trajectory of “de-democratization” is rarely analyzed initially through the distinctive lens of gender equity and there are insufficient efforts to systematically examine the current implications.

Which is precisely why we plan to pursue this conversation, starting with a symposium at NYU School of Law in the spring. We will bring together academics, advocates, policymakers, and pundits to explore what it means to measure the ebb and flow of inclusive democracy, in the United States and globally, with principles of gender equity at the center. Rewire News Group and Ms. magazine will co-host, and we look forward to sharing a steady stream of content as we tackle these questions in the weeks and months to come.