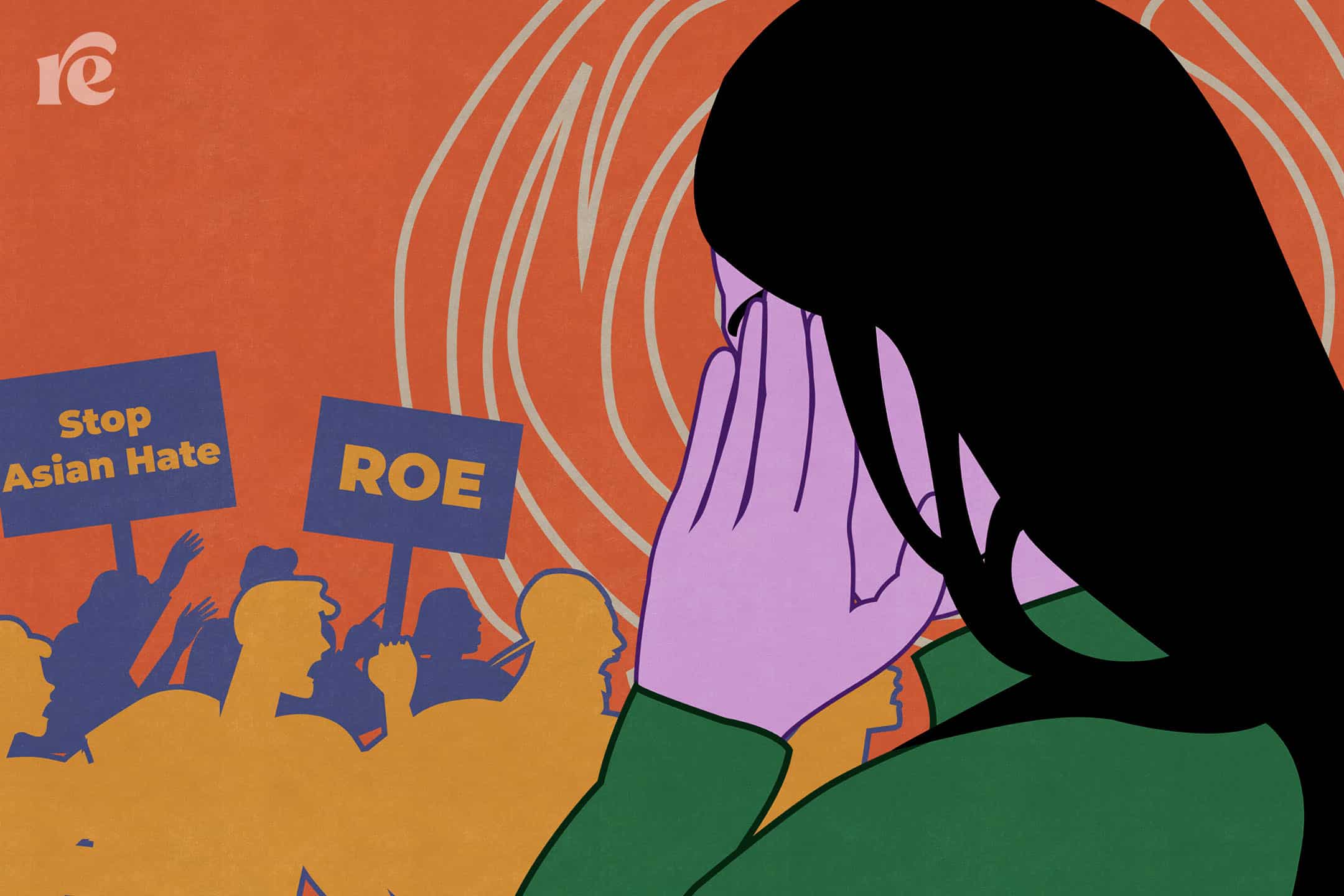 Over two-and-a-half years into the COVID-19 pandemic, we have seen patterns of violence perpetrated against Asian Americans, specifically women, leaving us grasping for solutions. How do we address this spectacular violence happening in our communities, and what does justice look like? Almost always, the mainstream response to violence is to call upon elected officials to increase policing, surveillance, and prison sentences.

However, with the overturning of Roe v. Wade, we know that policing and surveillance pose urgent threats to our safety and freedom as Asian Americans, and as women and gender-expansive people.

This present moment has Asian American women in the crosshairs of the criminal legal system, and as Asian American feminists and activists, it’s our duty to disentangle ourselves from the police state and redefine our commitment to freedom and justice for all. Our commitment to justice must extend beyond ourselves—it must encompass other disempowered communities who also experience systemic violence.

Even before the overturning of Roe, Asian immigrants faced many barriers in accessing reproductive care. The end of Roe unquestionably impacts all Asian American and Pacific Islander (AAPI) communities, with National Partnership for Women & Families estimating that 1.3 million AAPI women and birthing people live in states where their abortion rights are at risk. Asian Americans largely support abortion rights; according to the Pew Research Center, 74 percent of Asian American respondents favor legal abortion, the highest approval rating of any racial group. We know there is a lot at stake when our bodily autonomy, health, and economic outcomes are stripped away.

The criminalization of abortion bolsters the police state and the criminal legal system. We see how these systems of power are wielded against us when we practice choice, and how women’s bodily autonomy is constantly questioned and challenged by patriarchy—whether through the courts, by law enforcement, within families, and in society at large. The stories of Purvi Patel, Latice Fisher, Brittney Poolaw, and countless others who have miscarried, gotten abortions, and practiced bodily autonomy are proof.

Last year, Poolaw, a 21-year-old Indigenous woman in Oklahoma, was convicted of manslaughter when she miscarried four months into her pregnancy. In 2017, Fisher, a Black woman in Mississippi, had her pregnancy end in a stillbirth at home, and her internet searches were used to charge her with second-degree murder. In 2013, Patel, a South Asian woman in Indiana, went to the hospital for bleeding after a claimed miscarriage. She was arrested and her texts were used to charge her with feticide and felony neglect.

As women of color, we are more likely to be surveilled, blamed, disbelieved, and criminalized for our pregnancy outcomes, and the things we do for our survival.

This is why I need to bring in the current conversation around anti-Asian hate crimes and #StopAsianHate. Mainstream responses to anti-Asian violence also bolster the prison industrial complex and criminal legal system by advocating for increased policing, hate crime legislation, and hate crime task forces. These carceral responses do nothing to actually examine the root of the violence, rectify those issues, or repair the harm done to victims and survivors. We are left wondering whether victims’ families, survivors, or their communities are actually receiving the support and healing that they need. Is future violence being prevented, or are we simply tossing more fuel into the fire?

Consider this: In response to the Atlanta spa shootings in 2021, the same police that we are seeking help from in response to violence against spa workers are the same police conducting violent raids at their workplaces. We can’t advocate for Black and Indigenous lives; informal, migrant, and sex workers’ rights; and reproductive justice one moment only to turn around and ask for more police as a response to harm when we know police perpetuate violence and often do nothing to transform harm or restore justice. We know how different forms of criminalization and surveillance, both in person and online, push people further into the margins, into obscurity and poverty.

As a cofounder of the Asian American Feminist Collective and a fighter for reproductive justice, I want us to understand anti-Asian femme violence in its multiplicities.

There is the individual violence we face from others, and there is the slower and oftentimes more insidious violence we experience from the state, institutions, and people who uphold these systems: bosses, landlords, doctors, politicians, police, banks, and even family members. This systemic violence can be even more harmful and long-lasting than the random and targeted attacks we experience in public spaces. In our communities, trauma can come from all sides—domestic, public, and structural—and we must address it all as interconnected forms of misogynistic violence and control.

We must coalesce as a movement of feminists: reproductive justice advocates, sex workers, labor organizers, racial justice activists, and prison abolitionists. Each of these movements have rich histories of cross-racial feminist organizing and frameworks, because the foremothers of these movements knew that we are stronger together—our voices louder until our demands are met.

Already we have seen sex workers sharing knowledge and safety tips with abortion seekers and the reproductive justice community. Amid growing movements for Black lives and against anti-Asian violence, Black and AAPI organizers, activists, and communities have shown each other mutual support—despite widening divides in ideologies and anti-Black disinformation within Asian American communities. We need more of this energy. We must lean into solidarity. We must come together and utilize all of our disparate knowledge, skills, and relationships if we are going to win our fights.

We need abolition. We need feminism. We need cross-racial, feminist solidarity. We need collaboration across feminist movements. Community care and safety requires us to be in community with one another first.

We need to take care of and take responsibility for one another. That’s what solidarity is: interconnectedness in praxis.