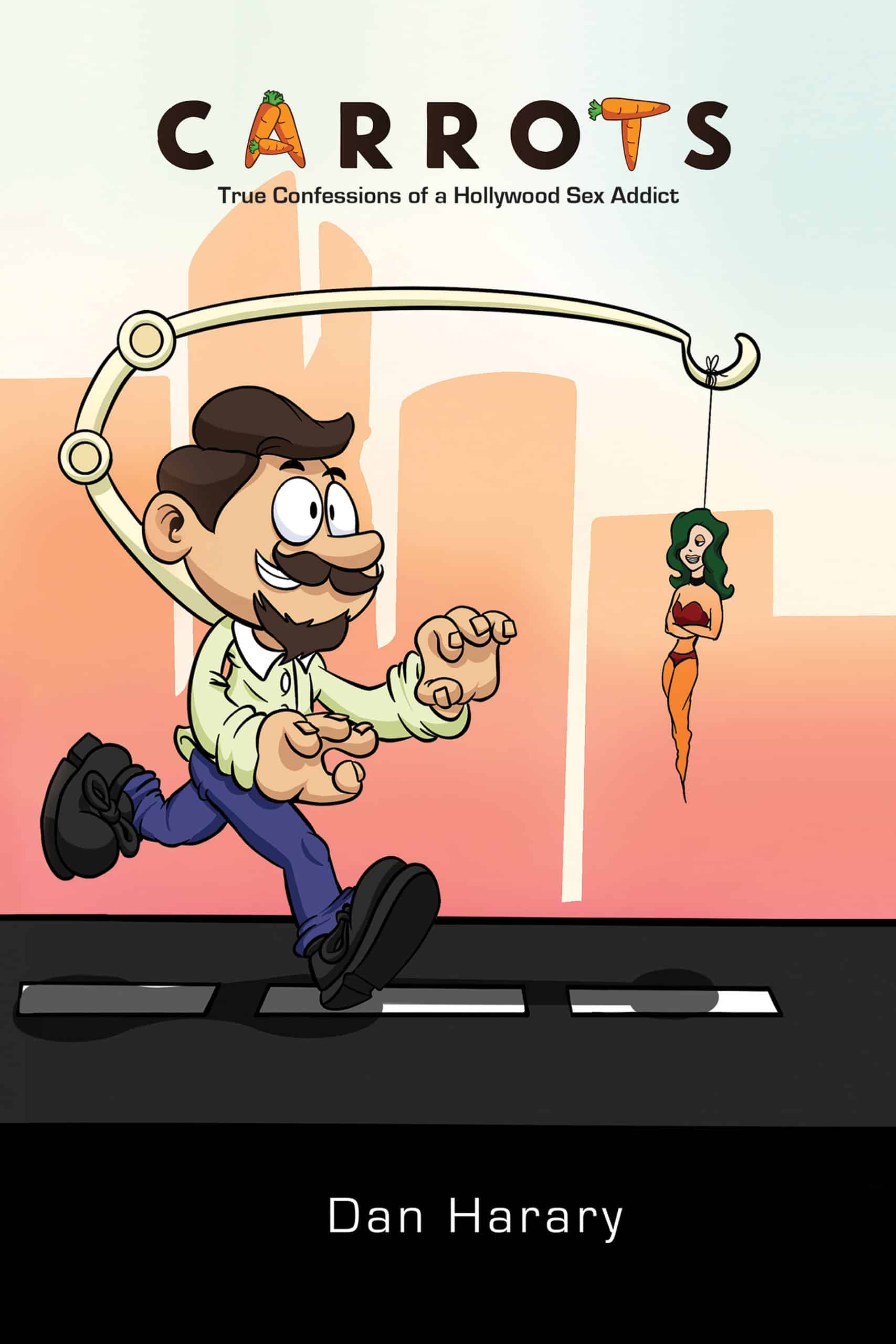 Beverly Hills, CA, September 2022 – During Summer, 1979, when he was 23 and living in Long Branch, New Jersey, a few blocks from the Atlantic Ocean, author Dan Harary found a sign on the boardwalk that read “Spiritual Advisor.” Having never encountered such a place before, and on a whim, he entered. A heavy-set, middle-aged woman stared at him for an uncomfortably long minute, then spoke firmly: “Many women are attracted to you,” she declared. “But something GOES WRONG with EACH ONE you meet.” Leaning closer into him, she added, “The women you desire somehow elude you—they remain just beyond your reach.”

Her words were so completely accurate, Harary almost fell off his chair. How could this total stranger know his entire life story? He’d just walked into her shop at random. For all these many years since, he’s been wondering why he didn’t ask her the cause behind the very peculiar fact that the women he most desired (since early childhood) constantly seemed to elude him?

Now 66, Dan Harary is a renowned Hollywood Publicist as well as the author of his first memoir, FLIRTING WITH FAME: A Hollywood Publicist Recalls 50 Years of Celebrity Close Encounters. That book, which has taken the entertainment industry by storm and chronicles his over 40 years of working shoulder-to-shoulder with dozens of the world’s most famous celebrities; was released during June 2022.

With the release of his brand-new memoir, CARROTS: True Confessions of a Hollywood Sex Addict, Harary once again details, in brutally honest and non-censored terms, his bizarre and truly unique, lifelong history with the opposite sex. The new book, published by Orland, Florida-based Bear Manor Media, can be purchased via Amazon here: https://www.amazon.com/Carrots-True-Confessions-Hollywood-Addict/dp/1629339652/ref=sr_1_1?crid=RUPKDS367M8A&keywords=Carrots+harary+sex+addict&qid=1663006352&sprefix=carrots+harary+sex+addict%2Caps%2C116&sr=8-1

As Harary explains, “CARROTS is about the many, many women I’ve loved and lost, wanted to love but couldn’t for various strange reasons, or was never able to love at all. In the book, I also talk about 25-year-long, undiagnosed depression, my troubled marriage, my 20-year-long struggle with sex addiction, and what I have become convinced is a Past Life Curse that was unfortunately bestowed upon me at birth.”

In CARROTS, Harary details his early childhood traumas, each of which involving a young girl living in his neighborhood or attending his school; his obsession – from afar – with two College era ladies that mystified and eluded him; the unfortunate medical problems suffered by his wife throughout the course of their 11-year relationship; the countless “Really Bad Dates” that Harary endured when he became newly single in 1992; his de-volution into becoming a ravenous sex addict for a period of 20-years, during which time he wound up spending hundreds of thousands of dollars on “pay-for play” sex; his intimate involvement with quite a few important girlfriends, lovers and “friends with benefits;” and his ultimate resolution into evolving into a calm, peaceful man today, whose formerly insatiable sexual appetites have since been arrested.

“Imagine tossing Howard Stern’s book Private Parts into a blender along with Woody Allen’s script for Play It Again, Sam and Philip Roth’s book Portnoy’s Complaint. The result might be my friend Dan Harary’s book Carrots: Carrots chronicles Dan’s simple but lifelong challenge: how to navigate his desire and pursuit of alluring women while attempting to overcome crippling shyness and overwhelming self-doubt. Weave into that mix: a series of childhood traumas that affected Dan’s earliest perception of females; his 25-year-long battle with (untreated) clinical depression; an 11-yearlong marriage fraught with troubles; his wacky theory that he was cursed in a past life; a powerful sex addiction; and an endless series of ‘really bad date’ stories that quite often defy logic – or even belief. As a Clinical Sexologist and someone who’s known him since 1984, I can attest that Dan’s brutal honesty will leave the reader pondering: ‘How on Earth was he able to accomplish so much?” – Dr. Ava Cadell, Certified Love Coach, Clinical Sexologist, AASECT Certified Sex Counselor, and Founder of www.LoveUniv.com – Malibu, CA

“I can honestly say I’ve never read anything like Carrots before. Dan Harary’s book chronicles a lifetime of troubled relationships with women, some good, some bad, many ugly, but all told from a painfully frank point-of-view. Dan places the reader front and center as he describes in vivid detail the trials and tribulations of his odd history with the opposite sex. A gifted narrator, Dan is often witty and self-deprecating, but more often bares his feelings of longing, unfulfilled desire and heart-breaking disappointment like someone whose body has been cut open head to toe for major x • Dan Harary abdominal surgery. While he’s not often the ‘hero’ in many of his stories, you have to give him credit for being brave enough to share six-decades worth of hugely personal and intimate encounters with his readers.” – Dr. Nancy Sutton Pierce, Holistic Clinical Sexologist, Northern California

“In this absorbing read, Dan Harary candidly delineates his decades-long effort to find happiness and self-worth through sexual conquests. Ultimately, he finds meaning and himself through unexpected avenues, and realizes that his sexual preoccupation had led him astray for years. Carrots is a fun and quick read!” – Dr. Maggie Carroll Vaughan, Psychotherapist, Founder & Executive Director at Happy Apple/NYC, NY

“Dan Harary’s book Carrots strikes a rare balance of being hilariously entertaining while simultaneously sad and painful. It is full of engaging tales of his ill-fated attempts to connect with women. You’ll find yourself laughing out loud while shaking your head in disbelief at the equally humorous and tragic situations in which Dan finds himself! And you’ll wonder, how can one man have so much bad luck?! It’s enough to make you consider the possibility of a past life curse! Carrots is a brilliantly written look into the life of a man struggling with lifelong depression, sex addiction, extreme shyness and self-doubt, as well as several childhood traumas that shaped his perception of the opposite sex, the connection with whom seems to constantly elude him. Despite all this, Dan has still managed to have great professional success. And he tells his very candid and colorful true stories with a spirit of humor and perseverance that seems to transcend all that he has been through!” – Dr. Kathryn Uzunov, Los Angeles, CA