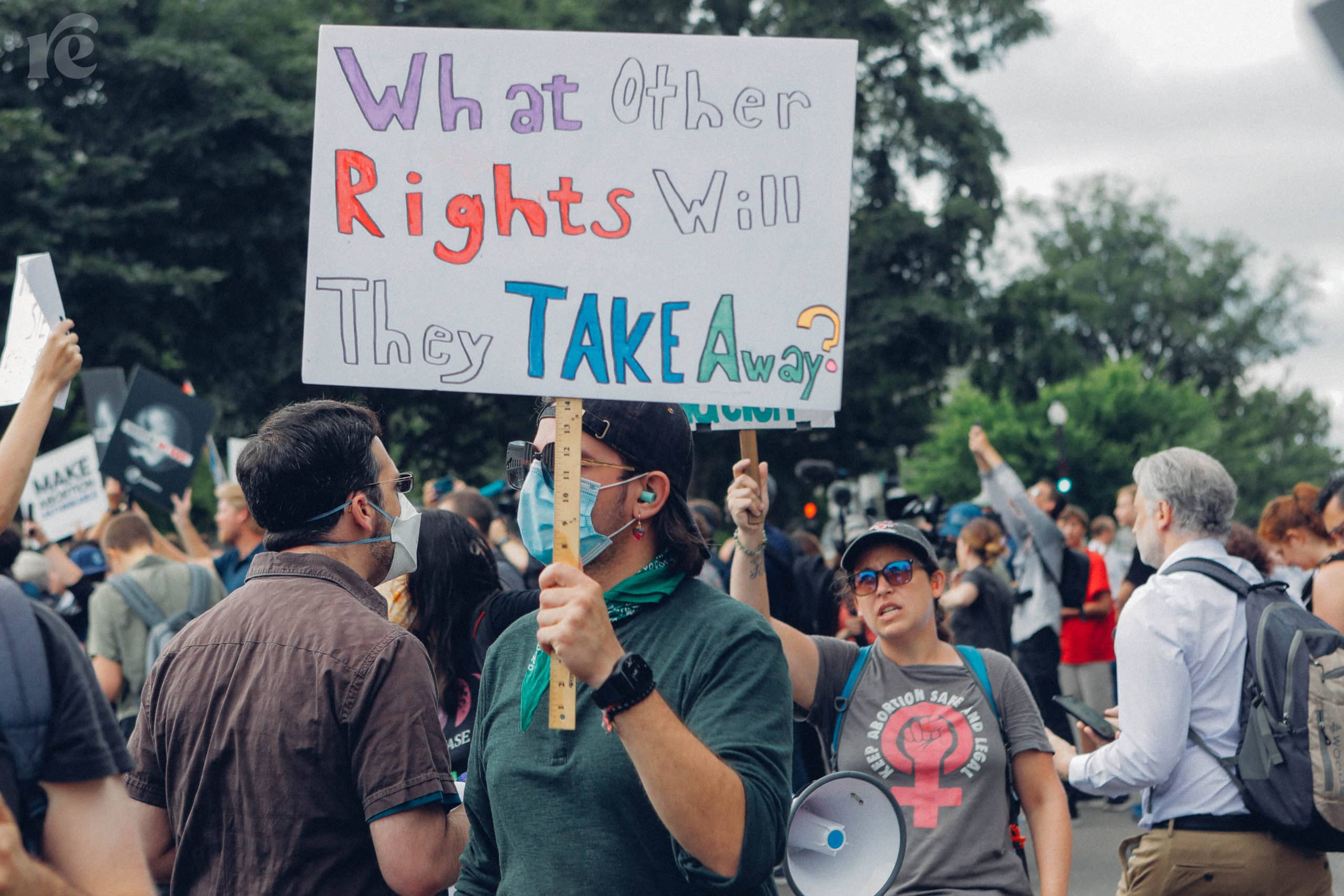 If the rule of law meant anything at all to the conservatives on the Supreme Court, we’d be commemorating the 50th anniversary of Roe v. Wade this month. But, we’re not. And I can’t think of a clearer snapshot, a more perfect metaphor, to capture the Roberts Court and its conservative benefactors’ obsession with consolidating power more than the death of Roe.

It’s been just over six months since the Supreme Court formally overturned the right to abortion in Dobbs v. Jackson Women’s Health Organization and the damage is relentless. The medical trauma pregnant patients have endured while hospital administrators weigh the worth of their lives against the threat of prosecution under abortion bans. The physical and legal threats abortion providers face for simply doing their jobs, and the untold and amplified strain reproductive rights and justice advocates live under daily—it’s a lot.

But if the damage from Dobbs has been relentless, so too has been the response of providers and advocates to ensure the delivery of care to patients when they can and by whatever means necessary. To be clear, these efforts have been nothing short of heroic. But without the full-throated support of the Biden administration—including the resources to back that support up—those efforts are the equivalent of shoving fingers in a dam to prevent a breach. It buys time, but at the risk of catastrophic system failure. That’s because a strategy of funneling resources to abortion-protective states and hoping to transport enough patients to those states is no long-term solution or strategy for addressing the human rights crisis we are in right now. And it’s no path toward a restoration of rights either.

It is not a coincidence that the Dobbs decision happened at the same time anti-democratic coalitions formed on the political right and coalesced in power at the state and national level. Democracy depends on widespread civic participation. The Dobbs decision, and the future decisions that will follow, are designed to roll that civic participation back. That’s because to erase a right—like the Court did with abortion and Dobbs—is to erase a personal boundary the state must respect. Remember, the Court didn’t have to take the Dobbs case. This was a specific decision by a conservative majority to step in and change the law to specifically take away rights because they could.

There’s no reason to believe they intend to stop with abortion, either.

In Dobbs, Justice Samuel Alito let abortion rights advocates and supporters know that conservatives were just getting started in their project of rolling back our rights. We should take them at their word. In the months following Dobbs we’ve seen collective attacks in the states on contraception, gender affirming care, and LGBTQ familial rights—all rights conservatives on the Roberts Court called into question in Dobbs. Conservative Attorneys General have set their sights on prosecuting providers—and patients—while Republicans in Congress spent their first days in office of the new year passing—you guessed it—a hyperbolic anti-abortion bill.

This is our first year without Roe. We could soon face a “first year” without Obergefell v. Hodges and the guarantee of marriage equality. There’s the possibility of a first year without Griswold v. Connecticut and Eisenstadt v. Baird and the right to contraception, too. That’s the Dobbs legacy.

As to Roe’s legacy, that’s a little more complicated. But I do know that what’s emerging thanks to the decades-long work of reproductive justice advocates who always understood Roe’s limitations will be, by its very nature, more liberatory than Roe ever could have delivered. They are building a care system more revelatory than one Roe ever promised. Untethered from Roe and the illusion that the courts were going to save us, advocates are building something better. It’s generational repair, but it’s happening. Conservatives can change the law all they want, but abortion isn’t going anywhere.